FRAGments in LA: Crucible of Ideas 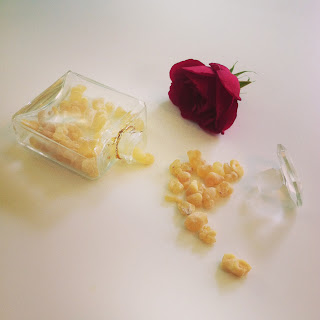 Last September, Parfums Lalun was launched at the LA Artisan Fragrance Salon, an event that gave me the opportunity to present my work to the public.  After years of work and study in my “ivory tower” I embraced the opportunity to meet other perfumers and members of the perfume community.  Upon returning home from my second Salon in San Francisco (end of March ’13), I realized there was a healthy audience of sophisticated enthusiasts, but no venue that lived up to the quality of work I had experienced at the two Salons.  Since artisan/indie perfumes have such limited distribution, I felt an event that highlighted the work as art was necessary.  The idea for FRAGments was born intuitively and quickly materialized within two months of its inception.

An amalgam of “fragrance” (frag is also slang for fragrance) and “movement”, FRAGments was conceived as a way to present the work of emerging and independent artists using scent as their medium.  It also represented a cultural shift towards a new awareness of perfume-as-art and projects related to olfaction.  As a metaphor, it evoked the image of capillaries moving away from arteries, of individuals fragmenting from the mainstream. 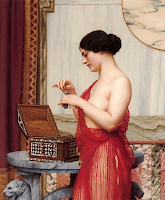 The first FRAGments was intended to be an introduction to the perfume-as-art genre.  The perfumers selected represented a cross-section of work by established perfumers as well as those just launching.  Curated as a collective, each perfume artist was asked to present up to five items from their collection.  (Future events will include voices of perfumers who have not yet launched, but who have an interesting body of work.)

Such an event would also be a form of resistance against the connection between perfumery and commerce where perfume collections are referred to as “brands” instead of “art”.  Unlike the typical trade show, this event would spotlight the collective artistry of the perfumes rather than brand identity.  For this reason, display units were designed to house each perfumer’s work.  A uniform module conceived as a fragment of a whole, a simple “C” type extrusion with a top shelf for testers, a vertical surface for an image and a bottom shelf to display bottles and packaging.  The units could be positioned in a variety of ways and would read as a common denominator within any given context.  It was important to fabricate these units by hand so that the overall philosophy of the event would remain intact.  It was also important for the event to be independently produced, reflecting the voices of the participants.

It’s probably no coincidence the context for FRAGments turned out to be Los Angeles, a scrappy city that sprawls into a scruffy landscape concealing a complex and quixotic nature.  It may be the end of the line for some but an open road for others, especially artists.  Unlike Paris or NY, Los Angeles is not a commercial hub for perfume, but rather a crucible of ideas.  Evidence to support this includes the recently formed IAO (Institute for Art and Olfaction) whose mission it is to create “an environment that encourages new exploration of the olfactive arts”. Saskia Wilson-Brown, IAO’s founder, recognized this potential and graciously accepted my request to moderate a discussion with the perfumers, the most controversial topic being the definition of independent vs. artisan perfumer . . . to be continued . . .

MorYork Gallery was chosen as the event location because Clare Graham’s work visually embodied the spirit of the diverse group of perfumers selected, who create unique, multi-faceted and experimental olfactory art.  I approached Clare with the idea of a perfume-as-art event and he graciously offered his space. In doing so, he not only invited us to inhabit his gallery and intertwine our work with his, but helped validate our effort through his support.


The perfumers selected for the event were mostly from the West Coast: Seattle, San Francisco and Los Angeles.  Local perfumers included Roxana Villa, Persephenie Lea, Sherri Sebastian and myself who maintain a strict handmade ethos in our search for an authentic voice. Roxana draws inspiration from the arts and crafts movement as well as from the natural beauty of her surroundings and her illustration background to create a series of botanical gems.  Persephenie has an established line of fragrance and skincare but chose to present an experimental art piece related to her work as a perfumer: a beeswax painting infused with jatamansi (spikenard) paired with a handmade box of perfume curios.  I presented a sculpture made with felted marino wool that invited one to touch and sniff (wool attracts odor molecules).  Sherri, a professional perfumer, took an innovative direction with her line of gel-based natural fragrances.
Moving up the coast to San Francisco, Yosh Han, Mik Moi, Lisa Fong, Heather Kauffman, Laurie Stern and Shelley Waddington presented their eclectic offerings. The California coast is never far from Shelley’s lush perfume interpretations and Zelda (which she launched that day) was no exception. Laurie’s intricate perfumes captured the charm of the Victorian language of flowers, but from a contemporary point of view.  Lisa’s slow blends were intellectual and visceral; I loved her description of creating natural perfumes to be like “carving marble”.   Heather and Mik recently launched their lines and both embraced a modern aesthetic; with Nouvelle Vague references by Heather and a socially conscious approach by Mik.  Yosh unveiled her new line of fragrances called TimeLine.  As I sampled them I let out an involuntary grunt only to find out the name of the fragrance was “Caveman”. I then sniffed my way through the history of humanity which ended with Dystopia in the year 77778.


Further north the Seattle contingent included David Falsberg, Christi Meshell, Nikki Sherritt-Smith, and Meredith Smith who exhibited fiercely individual expressions. David’s hyper-real blends included Skin Graft, a perfume about his experience with Steven Johnson’s syndrome.  With it’s antiseptic Band Aid accord it served as a reminder that life encompasses everything from dis-ease to the beauty of survival.  Christi’s naturals simply pumped up the jam, they were so dynamic and vivacious.  The “Rebel” in Nikki’s botanical perfume line name belied her approach to perfumery; compositions driven by her own artistic vision.  Meredith gave everyone a taste of her indie fragrances some of which are inspired by popular rock’n’roll themes.  It should be noted that she also owns a shop that carries the work of other artisan perfumers!


That leaves us with JK DeLapp (San Diego, CA), Ayala Moriel (Vancouver, BC), Amanda Feeley (Ames, IA) and Dawn Spencer-Hurwitz (Denver, CO).  JK, a Chinese medicine practitioner, launched his line of rich natural oil blends inspired by the 9,000 year old tradition of his profession.  He also shared some rare examples of high grade aloeswood from his collection.  Ayala had to jump through some international hoops so that we could experience her emotionally charged perfumes which brought forth tears, smiles and memories.  Amanda, who composes “music for the nose” included her “Lumberjack Man”, a fragrance that added levity to the day.  Dawn introduced us to her painterly method of layering scents with a subtle hand, her five perfumes being just the tip of the iceberg from her molten talent.

FRAGments was a great opportunity to build community and create a recognizable forum for people to meet and exchange ideas in person.  This was probably the most important aspect for me since it gave me the chance to meet and work with others.  It’s important to acknowledge other community builders who inspired me like Yosh Han who instigated the Artisan Fragrance Salon series and created a dynamic Facebook community called Aroma Village, Ayala Moriel who put together an amazing tea party the day before the San Francisco Salon and Persephenie Lea who hosted a number of meet-the-perfumer events I attended several years ago in her Edinburgh Street studio in Los Angeles.  It was wonderful to have their presence and support at FRAGments.

Finally, pairing the event with the summer solstice allowed the longest day of the year to be celebrated in a space where the changing light could be enjoyed while socializing and sampling fragrances in a relaxed atmosphere.  At times reminiscent of the Pantheon, shafts of light would pierce the darkness and Clare’s artwork would form a rich tableau vivant of illuminated artifacts framing the perfumers.  It was also quite warm in the space, a reminder of what summer feels like with just enough volatility for the perfumes to bloom.  With so much inspiring work it was hard to forget the olfactory realm is our last frontier.  Historically under-appreciated and underutilized, we are finally witnessing a surge of interest in this area.  This has resulted in record breaking perfume launches, scientific studies and artistic explorations.  The good news is:  this is just the beginning and LA is positioned to be its creative epicenter.

“You know the day destroys the night
Night divides the day
break on through to the other side.”  The Doors


Posted by Maggie Mahboubian at 6:53 PM

Fantastic idea. I wish I could be there! At least I'll be there in solid book form..!