Tallulah B, A Wing and a Prayer Perfumes (Jane Cate)

This is a rogue review of the perfume compositions that were submitted to the Mystery of Musk competition in July 2010 and was done in collaboration with Paul Kiler (the “Real” reviewer) who allowed me to crash the party. We decided to look at 10 perfumes and comparatively evaluate how each approached the perfumer’s interpretation of musk. Since we no longer have real musk as a reference point, all perfumes attesting to muskiness had to be creative interpretations stemming from the imaginations of the perfumers themselves. Adding complexity to this issue was the wearers own pre-conceived notion of what a musk should smell like. So what pops up when one thinks of musk? Jovan? Patchouli-donning flower children smoking musky pot? Men’s underarm deodorant that’s fresh but sexy? It turns out the interpretations offered by the perfumers were much more varied and sophisticated than the one-liners we have grown to expect. 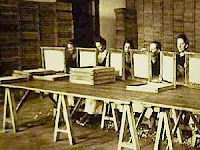 Let’s begin with Graines de Paradis since the philosophy behind the perfume tugged at my heartstrings with stories of hand-picked broom blossoms authentically and painstakingly enfleuraged in organic unguents and charmed into existance. Make no mistake, this is a gorgeous floral and the more I work with naturals, the more I realize how difficult it is to create a floral composition that maintains its structure without succumbing to a base or getting beaten up by top notes. And yet this perfume is long lasting even if its sillage grows faint. Although I’m sure Nicolas Jennings invested countless hours creating this scent for the project, I can’t help but think that many of the accords were worked out previously. This perfume is just too perfect to have been created within the timeframe of the competition which is a legitimate approach. But where was the musk hiding? After having enjoyed the pure and perfect scent of gardenia, jasmine, tiare and other flowers, perhaps I forgot about it or just wasn’t able to peel away the floral layers to uncover a musk, just a rooty base. I could smell the Paradis but not the Graines (de musc). 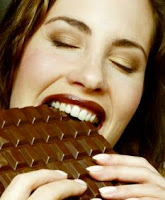 Craving, on the other hand, demonstrated the perfumer’s strong understanding of materials to arrive at a scent that was able to evoke coffee without having any in it. It was certainly one of the more unusual submissions, bucking convention and flirting with the potentially hazardous terrain of creating a heretofore unbeknownst category; gourmand musk. Ambrosia Jones has created a whole new definition for musk, one that involves our craving for sensuous food. I’m all for this kind of endeavor. In fact, I was hoping something like this would happen. Since few of us have ever smelled musk grains, why not allow ourselves the freedom to explore the issue. I was able to learn a lot about Ambrosia by simply smelling her perfume. She is a wild child, older and wiser now, perhaps with grown children, or maybe even grandchildren, but still seeing the world as a garden of earthly delights through which she can romp with all her senses. Her name “Ambrosia” sums it up. While I was left wanting to smell musk in Graines de Paradis, I was not disappointed by its absence in Craving. In fact, the implied musk in her perfume became all the more satisfying.

So if Craving implied musk, which perfume stated it? The hands down answer would have to be Dionysus, the most unabashedly musky, fecal/feral interpretation of the bunch. I’m not sure Dionysus is the right name for this rutty scent one would rather attribute to the god Pan . . . or to a werewolf! To my mind, Dionysus was more of a dissipated sophisticate who originated partially from peasant stock (his father was Zeus, his mother a mortal), not a lewd he-goat. Frankly, I’m scared to try it on. Maybe I could sneak up on my husband, spray some on him and then suffer the conjugal consequences . . . 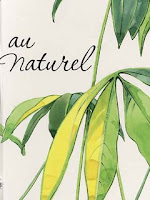 Another clear statement of musk came from Dawn Spenser Hurwitz whose elegant ambrette soliflore, Eau Natural, captured my imagination. Her perfume evolved from a simple statement about botanical musk to a warm and rich scent exploration replete with pepper and gourmand honey notes. The fact that she was the only perfumer to restrict her aromatic palette to the notes listed in the competition brief while creating an incredible perfume is a testament to the clarity of her intentions. Eau Natural really does enhance the natural scent of skin in the buff or as the French would say “au naturel”.

I’m a huge fan of SIPerfumes’s Musc Botanique, but was surprised when I experienced Temple of Musk. Instead of the light, sheer sweetness of ambrette I was greeted by a discordant and somewhat camphorous opening that segued to an herbal accord. I was also mystified by the name, because the mandarin, blackcurrant and myrtle notes did not fit my concept of “Temple”, that of incense and mystery. Perhaps Ms. Balahoutis was trying to arrive at a cool herbal scent that could calm the body as the “Temple” of the soul? And then I thought this could be the start of a very interesting perfume. Temple of Musk certainly highlights the difficulty of the proposed project: to create a complete perfume in such a short period of time. I wish Ms. Balahoutis would pick up the gauntlet and complete her exploration so that she could better define her concept of Temple of which Musc Botanique is the quintessential Dionysian version. Perhaps Temple of Musk could become its Appolonian counterpart. 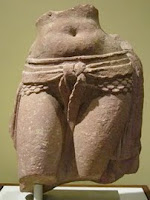 Speaking of Dionysian revelry . . . which era captured that spirit in our recent history? The sixties, of course! And the perfume that best defined that feeling would have to be Kewdra. I loved the clever play on words, a cross between Kewra, a heady Indian Attar made from Pandanus flowers and Kudra, the curvy Indian heroine in Tom Robbins Jitterbug Perfume who stays eternally young through her Kama Sutra practice and distillation of beet flowers. Kewdra comes on strong and stays strong seemingly for ever. The “great and powerful Oz” (Paul Kiler) declared that it had lasted a week on his scent strip! Kewdra is riotous and bawdy. You have to love Kewra in order to appreciate it as pandanus likes to take over the party. This could be a woman’s answer to Viagra! 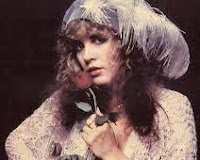 Sensual Embrace, on the other hand reminded me of a classic perfume someone like Stevie Nicks would have worn in the seventies dressed in her vintage inspired lace outfits and soft full curls (listen to “Gypsy” or “Leather and Lace” when you wear this perfume). I’m reminded of the antique shops I used to rummage for Victorian blousons and petticoats. By the late 70’s amber and patchouli were blended with antique rose for a more classic take on sensuality. Now I understand why JoAnne Bassett decided to call her perfume Sensual Embrace. Unlike the raw sexuality of the 60’s, her interpretation of musk is all about sensuality. 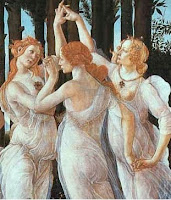 Musk Verdigris, Drifting Sparks and Talullah B all share the bond of soft freshness and femininity. Drifting Sparks being the sweetest of the three, Verdigris the greenest and Talullah B the most watery. All three are balanced and expertly blended so that no note dominates but rather the whole creates a scent impression of soft, fresh musk. However, soft, fresh musk has become somewhat synonymous with deodorant in our contemporary culture, particularly Mum roll-on, a classic scent I happen to adore. While we’re on the topic of armpits, isn’t that exactly where we expect to smell our own funky human odors? So why not openly explore this dimension through perfume? I propose taking deodorants out of the closet, so to speak, to examine their potential. What I like about Mum is that it doesn’t simply mask body odor, but creates a veil between the scent of the wearer and the image of a feminine ideal. These three perfumes accomplish this while reminding us of the Three Graces; goddesses of charm, beauty and joy in their ability to delight.

It’s not easy to create an animalic scent using botanical ingredients, but there are some impressive submissions that span the spectrum of interpretation. It’s also clear there is no single definition of musk and yet we can all pretty much agree that it is a quality that appeals to the animal side of us. I’m currently reading a book by Michel Odent, the father of water birth who argues that humans are mammals designed to give birth as such. Yet our culture has hi-jacked this natural process and attempted to turn it into a man-made conception. When did we loose sight of our most fundamental animal nature? Regardless of interpretation, it’s clear to me that a musk perfume should remind us that, despite our cultural proclivities, we are still and always will be, animals.

Posted by Maggie Mahboubian at 2:56 PM